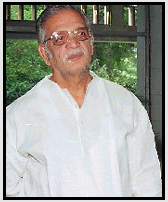 What inspired you to make “Koshish”?

I got the inspiration to make “Koshish” from another Japanese film “Happiness of Us Alone”, which was shown here in India during the First International Film Festival in 1952. The theme was very impressive and it had a message that the society must create a separate world of disabled.

It seemed to me to be a revolutionary idea. At that time I was not in films. But I got this feeling that the disabled are part of society and I must at some stage make a film on inclusion – something that has stayed with me forever.

We are all handicapped in one way or the other. We must treat the disabled as normal members of society.

The inspiration that I got as an individual from seeing the Japanese film, I wanted to make it people’s inspiration.

Why did you cast Sanjeev Kumar and Jaya Bhadhuri in the lead roles?
Both are good individuals and were committed to the cause. While making the film we went to a school in Mumbai’s Chaupati area and learnt sign language. Such was their devotion that they opened a school by the name of “Koshish” after the film was released. Sanjeev worked till the end with this school and Jaya works with them to this day.

What was the most difficult challenge?
The greatest difficulty I faced was in terms of getting a producer and a supporter who can help me make a silent film at a time when talking films were being made I am grateful to Mr. N. C. Sippy to this day for helping me to make this film.

What were your experiences while making the film?
I used to go to schools to make this film and interacted with disabled children. I realised that they are as normal as you and me – the only thing is they are differently abled.

Why did you keep the name of the film as “Koshish”?
Without effort no one can reach his or her destination and that is the message I wanted to give through the film – keep trying.

Why did not you have any other director?
I adopted the story from a Japanese film, but I made an anti-thesis of the film. Since I had already become a director, I thought I should make the film.

I am thankful to Mr. Sippy for taking a risk at a time when talking and commercial films were being made.

Do you think attitudes have changed since the making of Koshish?
To some extent, yes. I hope that such information would reach film-makers and they would not make disability a joke. There are a lot of successful film-makers who if sensitized would make meaningful films.

However, the lust for commercial success is their biggest handicap and they should conquer it. Society’s handicaps are bigger than their handicaps.