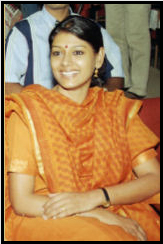 DISABLED ARE SHOWN AS COMICAL OR VILLAINOUS IN FILMS

Most films reflect the existing societal attitudes of prejudices and lack of awareness and sensitivity, says actor Nandita Das, co- founder of the festival

The portrayal of disabled characters, which are often very stereotypical, showing them as pitiable characters or as comical or villainous ones is one of the most important issue in cinema. Most films reflect the existing societal attitudes of prejudices and lack of awareness and sensitivity. The ‘disability of the society’ in creating space and opportunities for all its members equally, is often overlooked.

Portrayal of disabled characters should be shown with sensitivity. In Indian cinema there are some good films like “Sparsh”, “Koshish” and “Anjali”. In these films disabled characters are shown – what is going on in their minds, what are their problems and what they want to do. But in most of the films they are shown as an object of fun, pitiable characters with no emotions or feelings. The so-called normal children still tease disabled children as langda (lame), andha (blind) etc. like elders. So the portrayal of disability should not be stereotypical, comic or villainous.

In the world of cinema, very few films are being made which deal with social issues. But in Hollywood there are lots of films made on the disability issues. If film makers will make films on social issues only, then people will not like the issue based film. According to the audience, these types of

films are boring. So it will be better to include some disabled characters in the regular mainstream films that are also part of our society as you and me. Film makers should cast characters from all walks of life so that we can understand them mentally, physically and socially.